In WY 2020, the zooplankton population dynamics were similar to previous years.

The invasive water flea, Daphnia lumholtzi was only found in October 2019 during WY 2020.

Zooplankton are microscopic animals that consume algae and bacteria in the water column. Some types of zooplankton feed on algae, others on other zooplankton, and some take in both plant and animal particles. Larger zooplankton can exert significant grazing pressure on algal cells; however, they are also subject to predation as they are a food source for larger crustaceans, aquatic insects and fish.

Most freshwater zooplankton are part of only three phyla: Amphipods, which include both cladocerans and copepods; rotifers; and protozoa. Cladocerans and copepods are microscopic crustaceans that feed primarily on phytoplankton. These organisms can be an important food source for fish and can also exert grazing pressure on phytoplankton populations when present in high enough numbers. Rotifers are microscopic animals that feed on detritus and smaller organisms, such as bacteria. They can also serve as a food source for larger zooplankton. Protozoans are single-celled organisms that feed on other microorganisms, organic matter, and debris.

Zooplankton numbers and diversity from samples collected from Cherry Creek Reservoir during WY 2020 were both low compared to phytoplankton.

The zooplankton population in Cherry Creek Reservoir was less diverse than the phytoplankton population. The Reservoir had an average of 11 species of zooplankton in WY 2020, which is typical for a Colorado Lake. Copepods were typically the zooplankton present in the highest numbers in Cherry Creek Reservoir and accounted for over 50% of the total population throughout the summer months. In comparison to previous years when Daphnia lumholzi (Invasive Water Flea) was found on several dates throughout the year, this species was only found in the October 2019 sample during WY 2020. 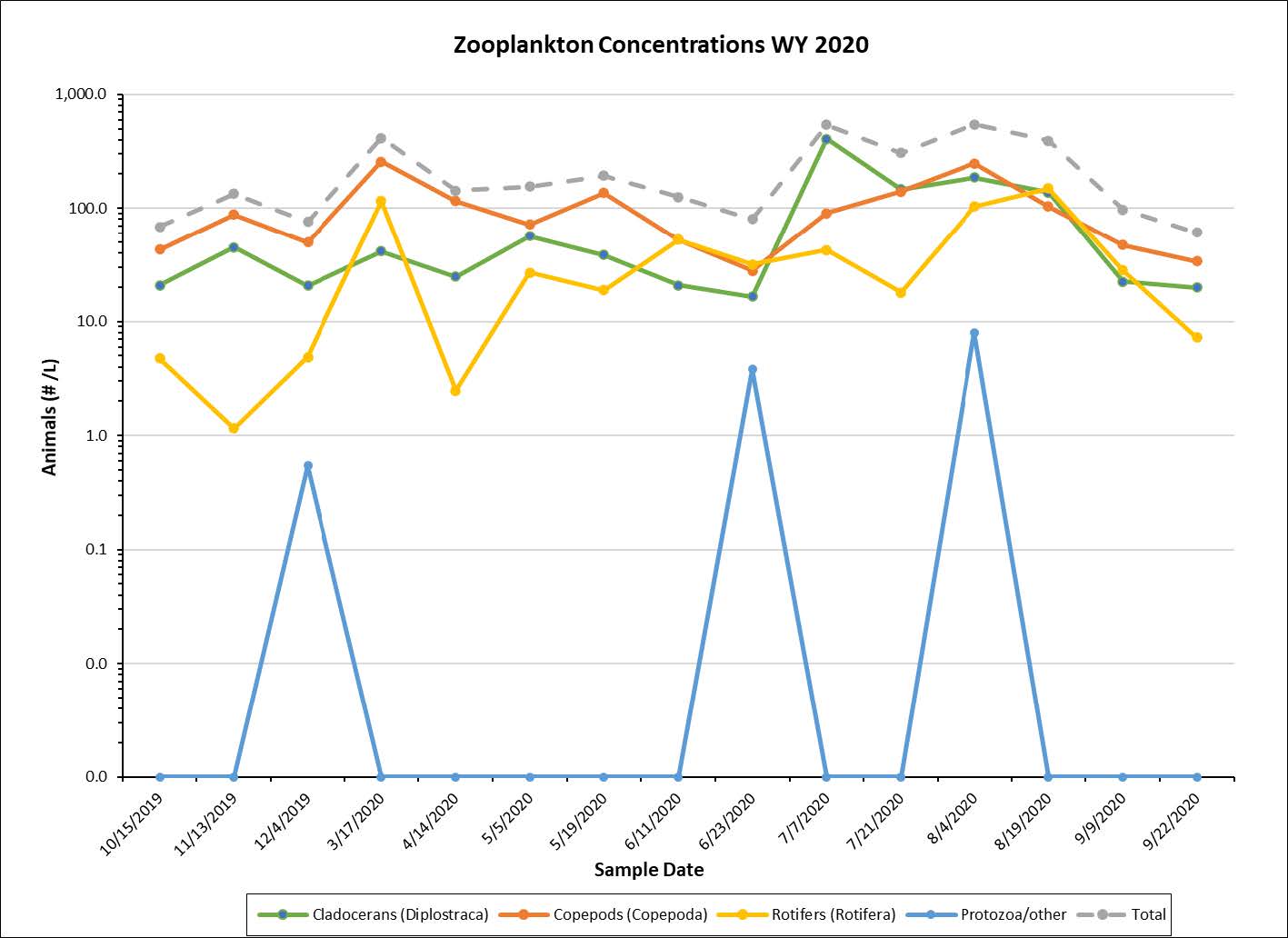