In WY 2020, phosphorous and nitrogen in the Reservoir increased by approximately 4,000 and 31,000 pounds, respectively, significantly less than the previous several years.

Phosphorus and nitrogen loading to the Reservoir results from surface water from Cherry and Cottonwood Creeks, precipitation and alluvial groundwater. The water quality from the monitoring sites closest to the Reservoir are used for the calculations for each of the inflow sources.

The calculated total phosphorus and total nitrogen inflow loads were lower than any of the loadings previously reported. This can be attributed primarily to the very low amount of rainfall in WY 2020, which was the lowest for the period of record at the KAPA station, where precipitation measurements have been collected since WY 2006. 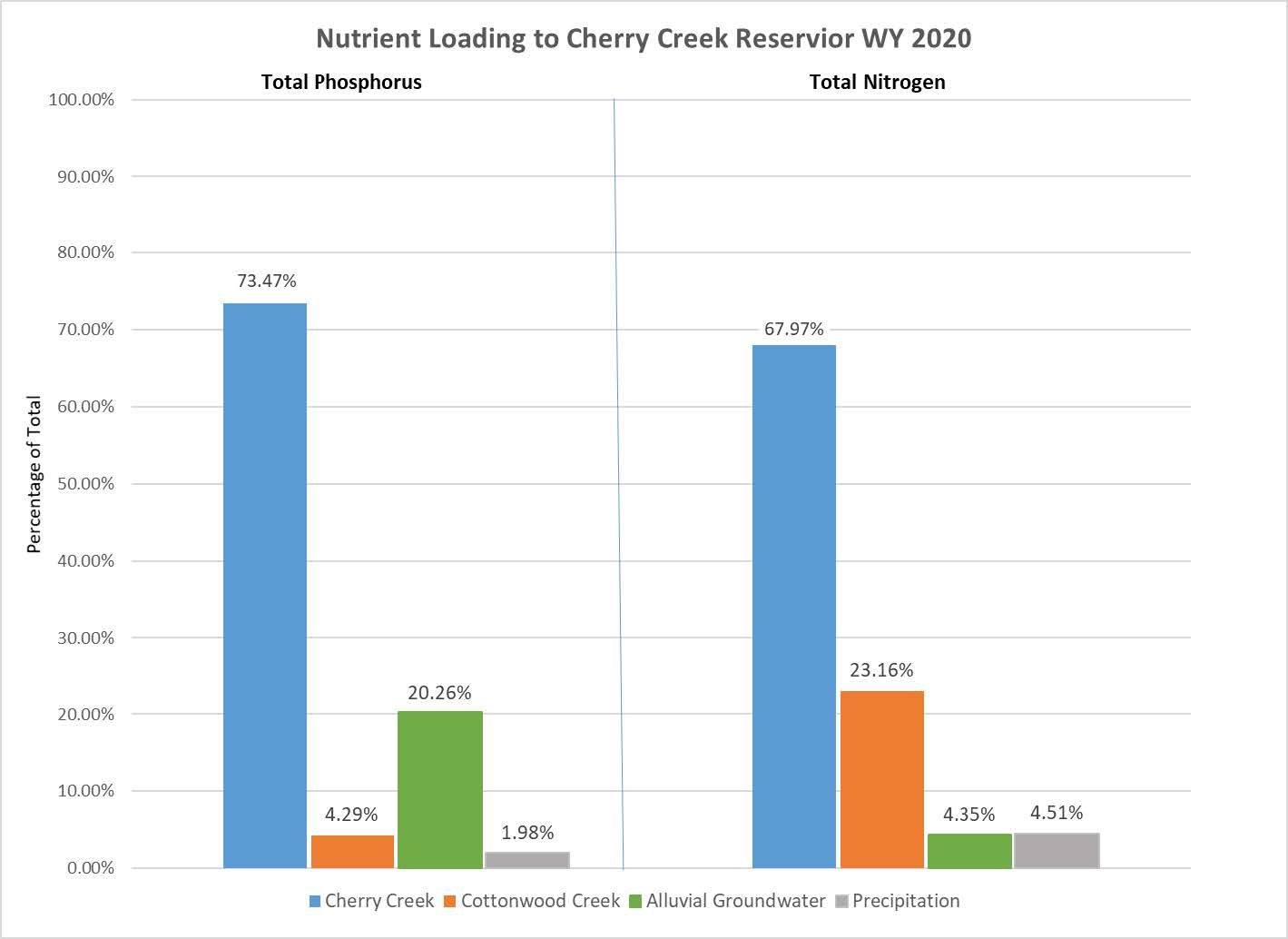 info_outlineCherry Creek contributes the majority of both phosphorus and nitrogen to the Reservoir.